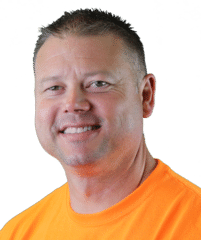 Christopher R. is the Production Manager for Saber, with offices in Murrieta and Santa Fe Springs, CA. In this role, he manages and oversees all production and warehouse logistics.

Christopher brings years of construction experience as an owner/general contractor, doing new builds and remodels throughout various states, and has also been subcontracted with well-known builders such as Pulte Homes and Falcon Custom Homes.

He holds a Bachelor's degree from UNLV in political science with a minor in criminal justice.

Christopher says he joined Saber because he believes in the company's mission, "To lead our industry by providing the highest-quality work and WOW! service every time."

Service is something Christopher definitely understands. He was an active United States Marine from 1992 to 2001 and is a Staff Sergeant in the California Army National Guard, where he has served since 2013. From 2007 to 2019 Christopher was a law enforcement officer with the Las Vegas Metropolitan Police Department, where he received the Medal of Valor for heroism (the LVMPD's highest award) in 2014. He also earned the Meritorious Service Medal in 2015.

"I'm excited to have Christopher join our team to lead production," said Saber Owner and Founder Franz Froehlich. "In addition to our office in Murrieta, earlier in 2019 we opened the Santa Fe Springs office to help us better serve our customers in Los Angeles, Orange and northern counties. With his leadership abilities and dedication to service, Christopher was the ideal choice to help us realize our promise to redefine the home contractor industry," he added.

When he's not working, Christopher likes to work out, spend time with his family, go on hikes and travel.

Back to Previous Page Back to Meet The Team