A crawl space in North Tustin had unsupported posts, a hole in their foundation, needed a supplemental beam to better support their floor, and needed foundation anchors and A35 framing angle supports. Bryan A. and his crew arrived after the inspection for the installation. He and his crew installed two of the new 350 SmartJacks, an eight-foot galvanized steel supplemental beam, replace 4 of the failing post with new wood posts with caps for extra stability, the needed foundation anchors and A35s, ten foundation wall straps, and lastly repaired the hold in their foundation. 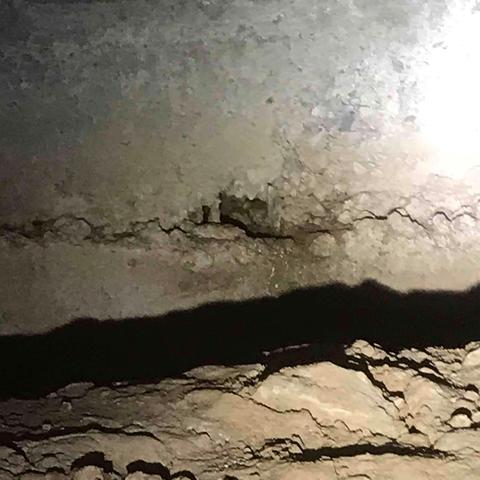 This is a hole in the home's foundation wall. This needs to be repaired as soon as possible because it can cause bow and buckle, or may even cause a cave in. 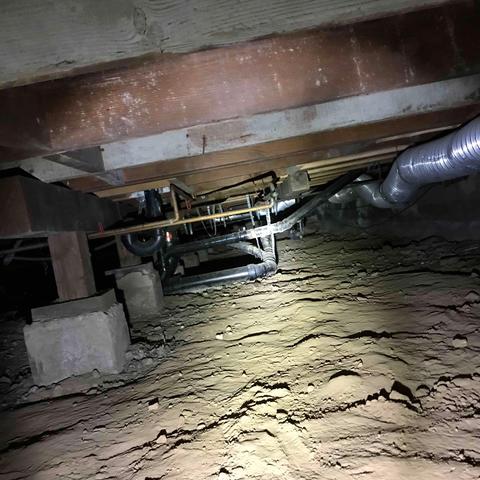 These photos show sagging floor joists that were caused by unsupported posts. 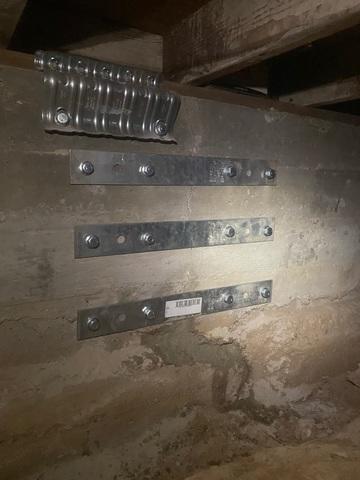 A foundation hole was repaired by using foundation straps and anchor. 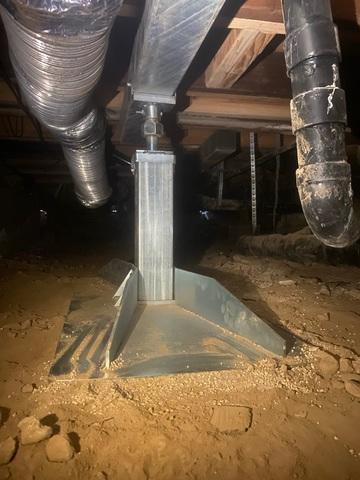 A 350 Smarjack is used to effectively support sagging floors. This SmartJack is resting against a galvanized steel beam to insure that it has complete strength to stabilize the home for many years.

Before & After Photos: Seismic Retrofitting A Crawlspace With 350 SmartJack In North Tustin
Back to Previous Page