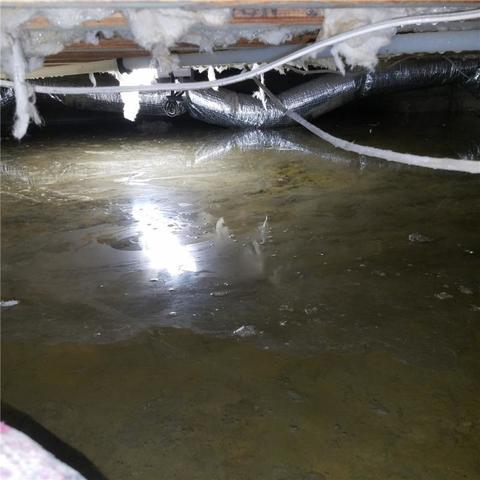 After the rainy Southern California winter, many of the coastal regions, including Long Beach, CA. have been having trouble keeping their crawl spaces dry. One home in Long Beach needed Saber's help to not only dry out the 3 room crawl space but to keep moisture and humidity out permanently. The homeowner called Saber and a project design specialist was out for a free inspection to assess the situation. The homeowner's HVAC and other insulation were hanging precariously above standing water and the humid air from the crawl space was traveling throughout the home, leaving a musty odor.

In order to free the home of these symptoms and prevent moisture and water from entering the crawl space again, a few products were installed for the homeowner's peace of mind. After ridding the area of standing water, Saber's crew dug a french drain system in order to divert any further water from the soil safely out of the crawl space. The SmartPipe system would also help to identify any future plumbing leaks. SilverGlo insulation was added to the crawl space's walls and rim joists in order to transfer thermal boundaries to the foundation walls, making the home more energy- 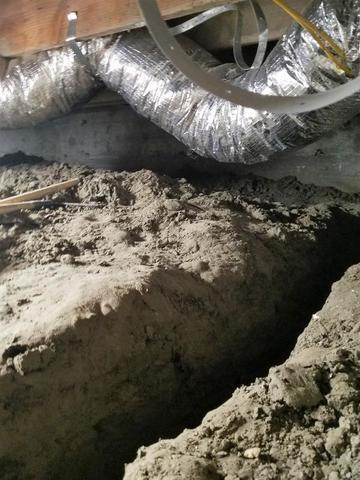 In order to dehumidify the crawl space, Saber took the task a step beyond the norm by installing the SaniDry Sedona. Not only does the system dehumidify an enclosed space, but it promotes healthy air circulation and contributes to energy cost savings! The musty odors throughout the home would vanish in no time! The TripleSafe Pump installed to control water intrusion further ensured that the crawl space would remain dry. Not only does the system have normal sump pump capabilities, but it also contains second and third levels of operation assurance. In the event of a high volume of water or a power outage, the pump contains backup measures to ensure that the system continues working at its full potential.

The crawl space was secured at each entrance with Everlast crawl space doors, ensuring that water, animals, or any other intrusions would be eradicated. At the close of the project, the homeowner was very pleased to not only have a moisture free crawl space but to have an energy efficient home he wouldn't have to worry about. 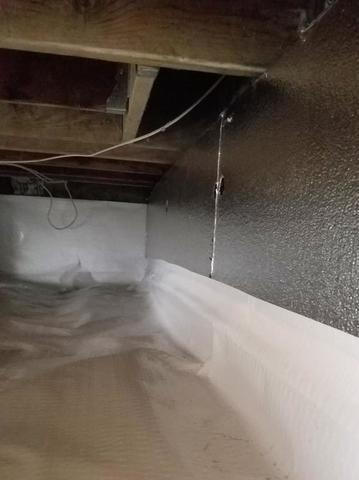