Homeowner Erin K. has an older home in Santa Ana that was built in the mid-1940s roughly 7 years ago she started noticing issues with her door and window frames. They were starting to become more difficult to close. This is because she had some serious foundation cracks throughout her crawl space. The cracks now caused the home’s structural strength to dwindle and now her floors are also sagging. Having these foundation problems can greatly devalue a home by a significant amount. Project Design Specialist Steven O. was called in to do Erin’s evaluation. Erin was very happy with the evaluation and decided to move forward with the project. Bryan and his team arrived and installed 17 new posts that are equipped with pads and caps. A 70ft supplemental beam, 10 smart jacks, and 7 foundation wall straps. After the job was completed, Erin was overjoyed that her home is now structurally stable and was able to maintain her home value. She and her husband can now sell her home without compromising on the value of her home. 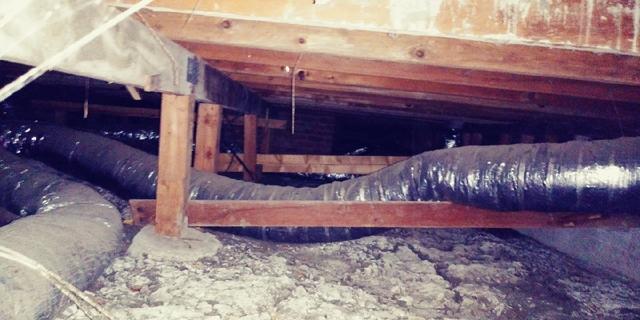 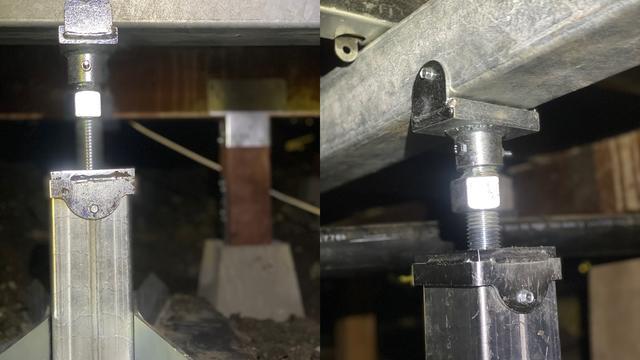 Respaced posts with 10 Smart Jacks SmartJacks and 17 new posts with pads and caps. 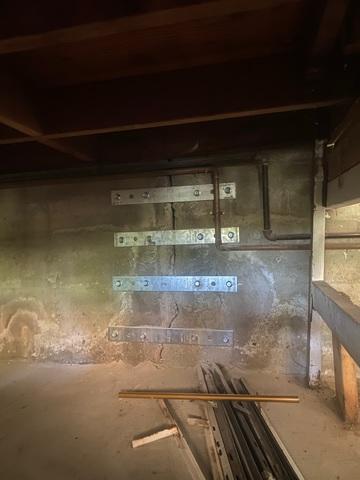 These are foundation straps that are installed to reinforce and stabilize a foundation wall after it is already cracked. 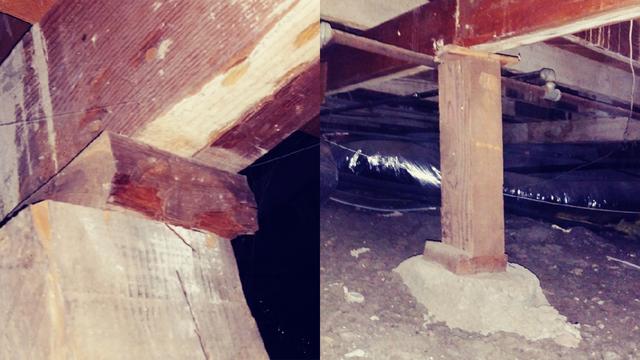 This is a photo of failing posts that were "Fixed" before the home was bought by the current owners. These are only a couple of the many failing posts in the homeowner's crawl space which is causing sagging floors and sticking doors and windows. 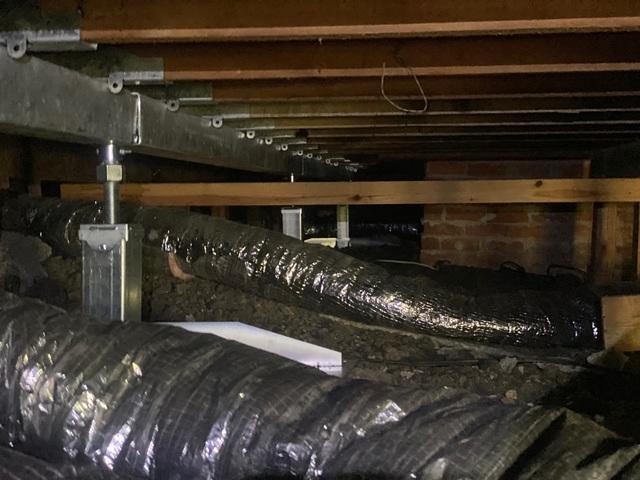 This photo shows how we removed the unsupported beams with a 70ft supplemental beam and with several state-of-the-art 350 SmartJack systems.

Before & After Photos: Seismic Retrofitting For Your Crawlspace Using 350 SMARTJACK® System In Santa Ana
Back to Previous Page